Do you know that the word, popiah, is originated from Hokkien in English?(Note: Taiwanese is a branch of Hokkien) The authoritative Oxford English also recorded the vocabulary into the dictionary and gave it a definition－spring roll. According to the record, popiah made its first international debut in 1986 at The New York Times:

“I was hooked by the very first menu, one for the Chinese New Year, consisting of red-cooked chicken wings, spicy Sichuan cucumbers and a type of spring roll called Amoy popiah.”

It is a roll with thin skin and abundant fillings. For those who are not familiar with south-east Asian food, you can imagine the pictures of taco. Though the forms are almost identical, Mexicans have tacos almost every day while we only eat the popiah in spring. The new sprout vegetable in the roll echoes the coming of the spring.

Popiah, the prototype of fast-food

Popiah can also be seen in some other countries like Thailand and Malaysia.

Back in the time when utensils were not popularized, people put all the ingredients on the popiahs and make them into rolls. It was such a revolution for the agricultural people, meaning that they can eat and work simultaneously. That’s why popiah can be seen cross-culturally. Don’t they look like the food you order in KFC?

Why do Taiwanese eat Popiah on the Tomb Sweeping Day?

According to the previous paragraph, we can infer that Taiwanese eat popiah on the Tomb Sweeping Day because they are engaged in the labor work－weeding.

However, the meaning of Tomb Sweeping day doesn’t just lie in the cleaning chore, but in commemorating the past beloved families.

The skin of the popiah should be as thin as paper but tough. The fillings usually contain shredded carrot, shredded fried egg, cabbage, celery, bean sprout, dried tofu, and pork. Before making them into a roll, people sprinkle some peanut powder and coriander to spice it up. 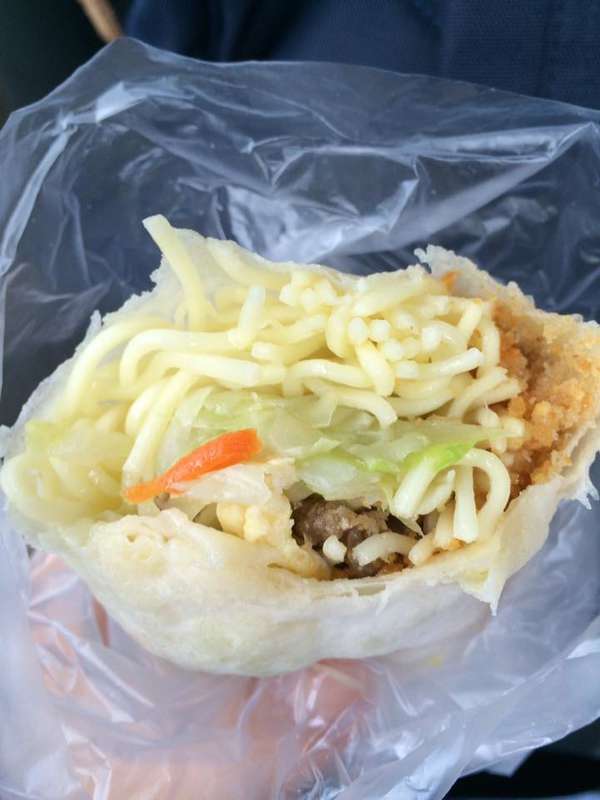 Northern Taiwanese don’t like to eat too sweet so they put less sugar. Instead of sausage, they put red fried pork in the roll.

Though there are some differences between the two types, they both taste good! Remember to finish your rolls right after they are made so you can enjoy the freshness of the ingredients.

Want to learn more about the traditional foods in Taiwan? Check out: Top 5 Ways to Taste Yuanxiao

You can also discover the Taiwanese street food with us: Taipei Food Tour.

As a professional foodie, you have to learn more: Must-Eat Foods and Drinks in Taiwan.

To learn more about Taiwan, be sure to follow us on our fans page.

Are you planning a trip to Taiwan? You can contact us for a customized service.