The plum blossom is seen as a symbol of winter and a harbinger of spring. They bloom amidst the winter snow and exude floral fragrance, while their scent is still noticed even at the coldest times of the year. So there is an old Chinese phrase says “Without the continuous bitter cold, there can be no fragrant plum blossom.” It has the same meaning of “no pain no gain.”

The plum blossom, was officially designated by the R.O.C. Executive Yuan to be the national flower on July 21, 1964. The plum blossom not only has great symbolic value for the Chinese people (they resilience during the harsh winter), the triple grouping of stamens also represents Sun Yat Sen’s Three Principles of the People. Moreover, the five petals symbolize the five branches of the Government in accordance with the Constitution.

As one of the national symbols of Taiwan (officially the Republic of China), the plum blossom design has often been utilized on logos used by the Taiwanese Government. This includes the emblem of the Office of the President and the Chinese Taipei Olympic flag (also known as “Plum Blossom Banner”), which Taiwan uses in place of the flag of the Republic of China during international sports events, due to political reasons.

Seal of the President 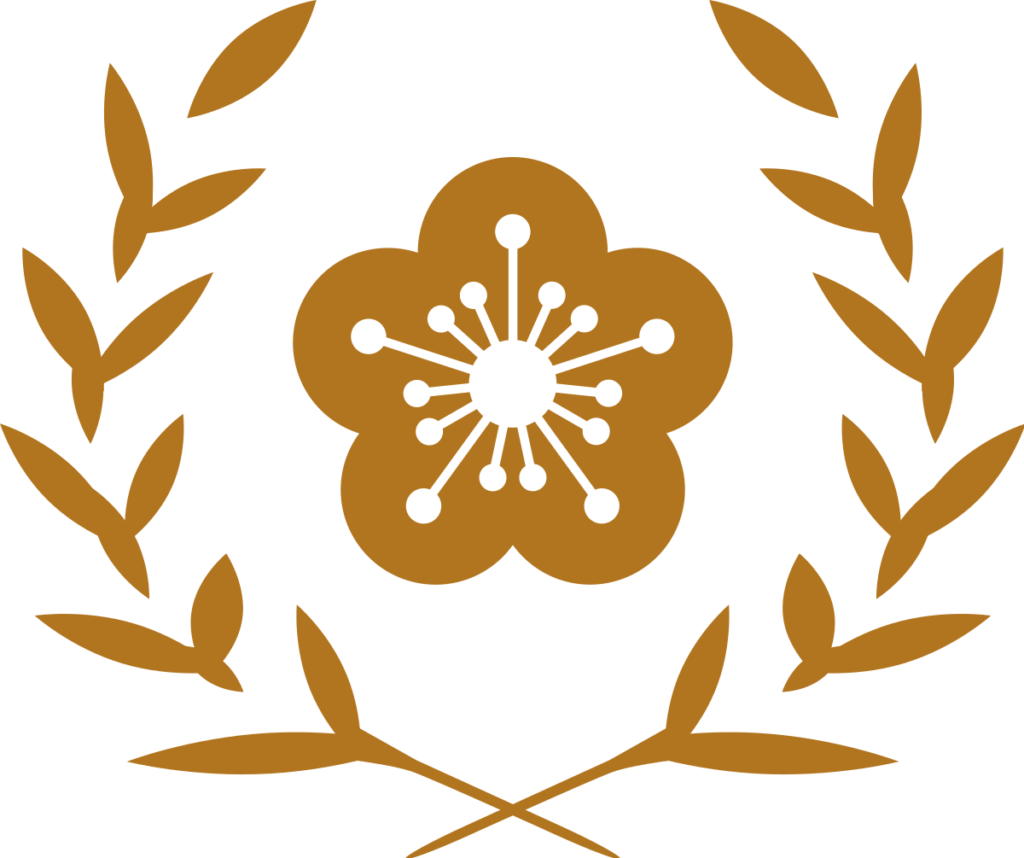 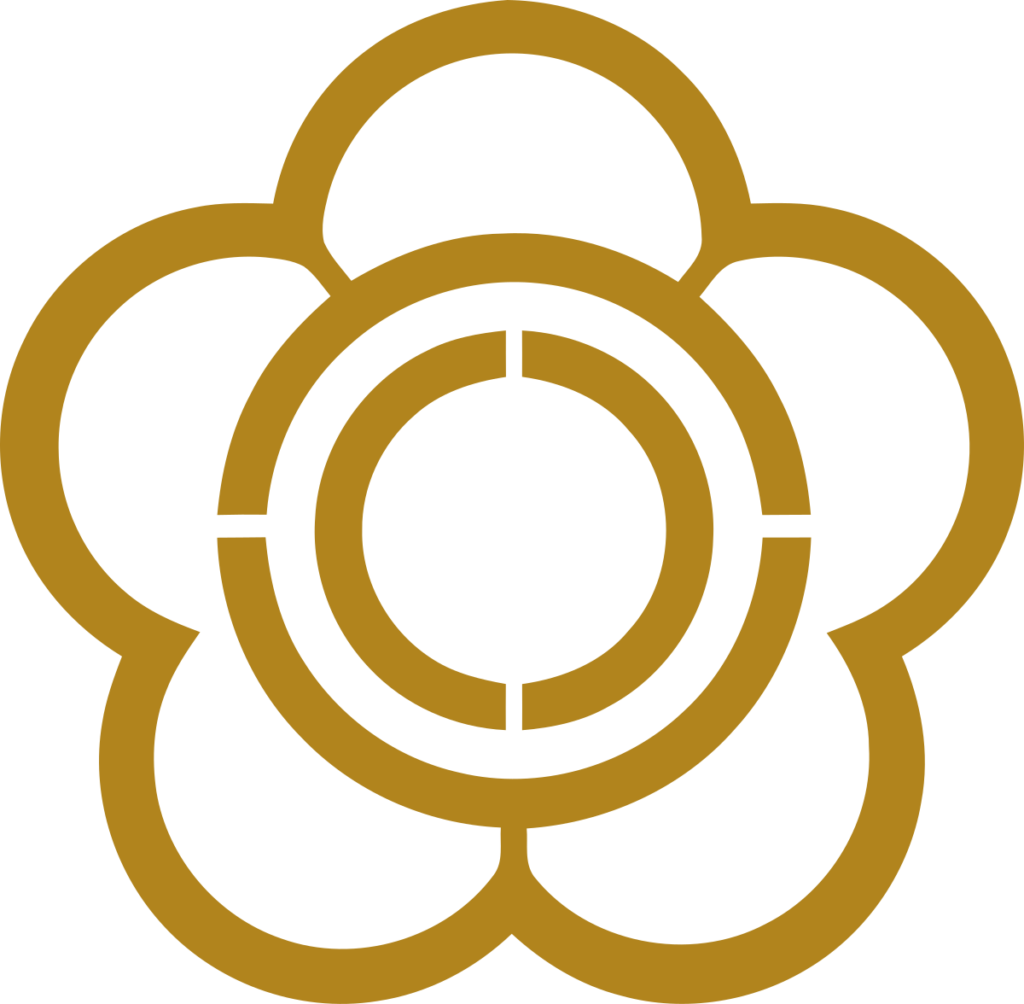 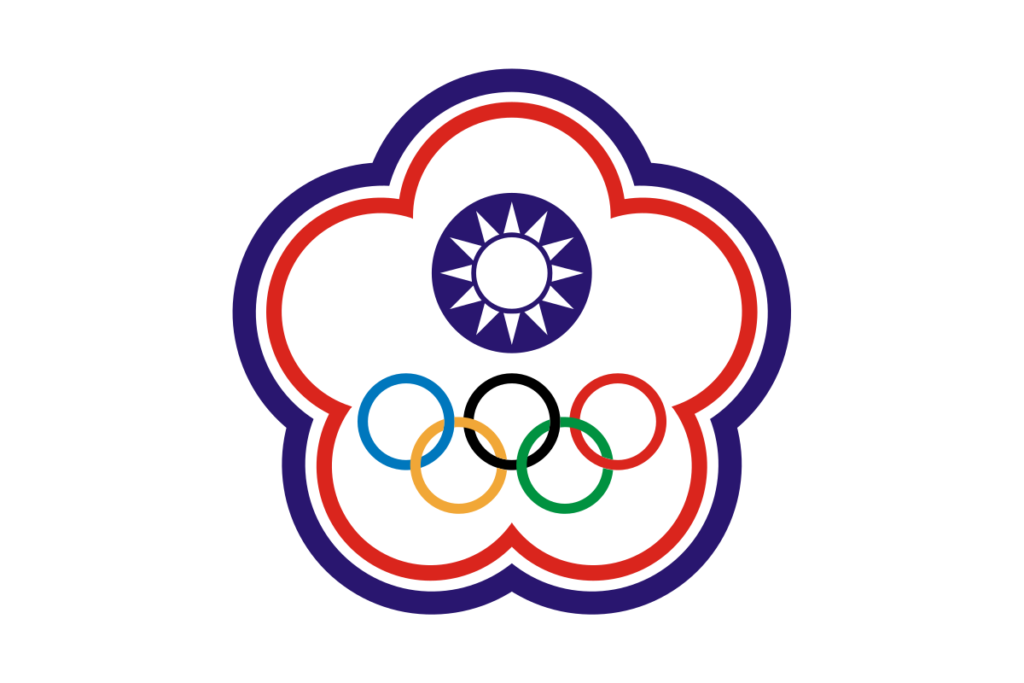 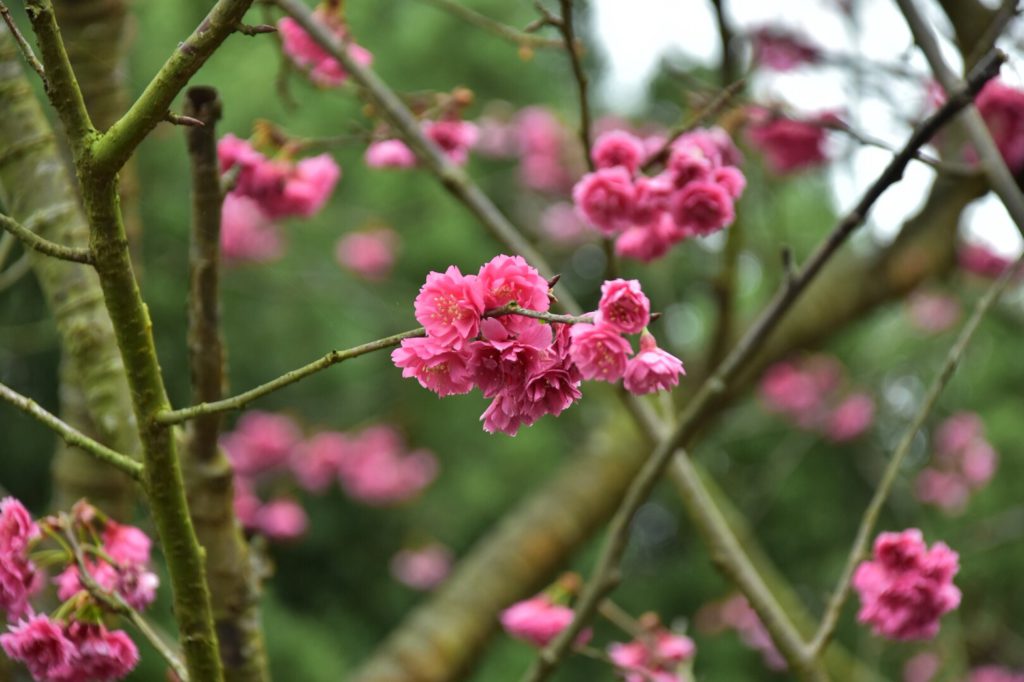 Cherry blossoms in Taiwan start blooming as early as January and can still be seen till April. Yangmingshan National Park is best known for its blooming season from February to March and is one of the most popular spots to enjoy cherry blossoms. Not only cherry blossoms, people also visit Yangmingshan for azaleas, camellias, wild peonies and more spring blossoms.

Away from central Taipei City about 40 minutes, Wulai is home to hot springs, aboriginal culture and beautiful cherry blossoms. From February to March, here you can take a historic sakura-viewing Wulai Scenic train and enjoy a breathtaking 80-degree waterfall. 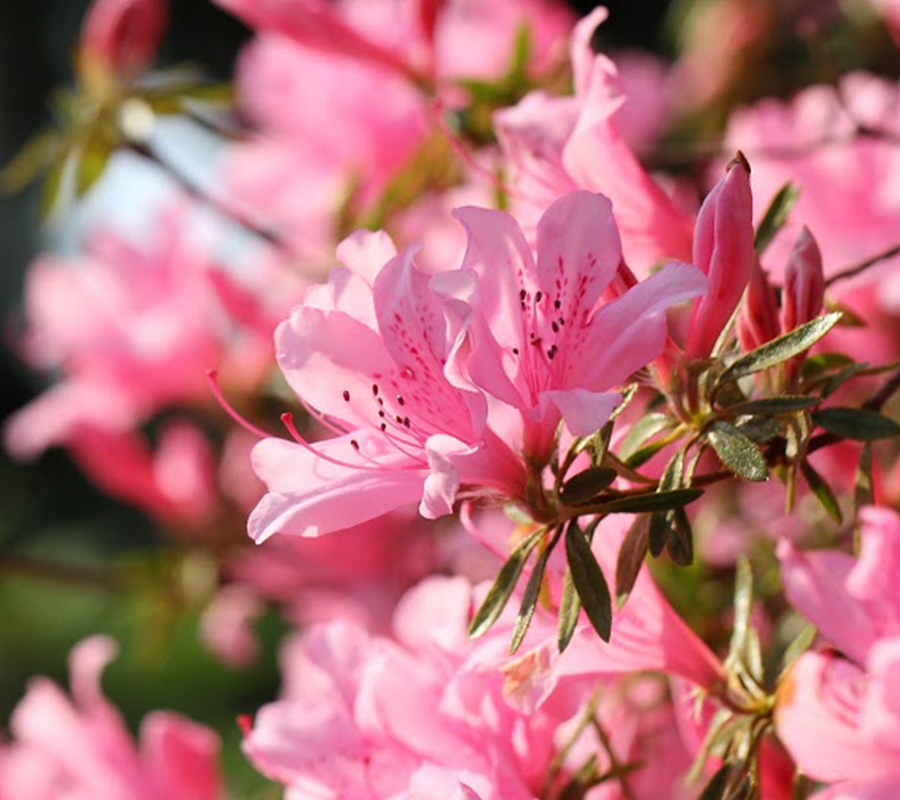 Azaleas represent joy, love, and passion in Taiwanese culture. Rather than travel all the way to the outskirts of Taipei to view these ethereal blossoms, visitors can see them on display in the very heart of the city.

Azalea is the city flower of Taipei; the first Taipei City Azalea Festival was held in 2017 by government. The festival aims to expand its scope to connect with local industries, communities, markets, culture, diverse education, tourism efforts and other prospects with a series of spring events to create the icon of Taipei City featuring flowers.

Visitors can admire beautiful flowers, enjoy music and shop at creative markets at the same time. Picnic and Concert under at Da’an Forest Park is the most popular activity of the festival. It is highly expected that this festival will be held regularly and able to attract tourists from all over the world.

Not every pink flower is a cherry blossom.

Gardens in spring are always surrounded by so many beautiful flowers that sometimes are easy to mistaken for any other pink flowers you happen to spot. But this is not always the case, there are certain features that differentiate the cherry, plum and peach blossoms among all the other pink petals you will see across the country.

What’s more, even though their blossoming peaks come at different times, there’s a bit of overlap between when they can be seen in bloom. Plum blossoms come first (opening in late January to February), followed by sakura (February to March) and then peaches (late March), but an unusually warm couple of days or sudden cold snap can shift their blooming patterns. As a result, sometimes it can be hard to tell which of the three flowers you’re looking at just based on the date.

There are a couple of telltale characteristics that distinguish each of the three blossoms from the other two. The simplest way to spot the difference between a cherry, plum or peach flower is by observing the petal’s natural shape. Cherry blossoms have a unique cleft at the tip of their petals which add to their pretty features and increasing popularity. Plum blossom petals are evenly rounded, whereas peach petals are teardrop-shaped. 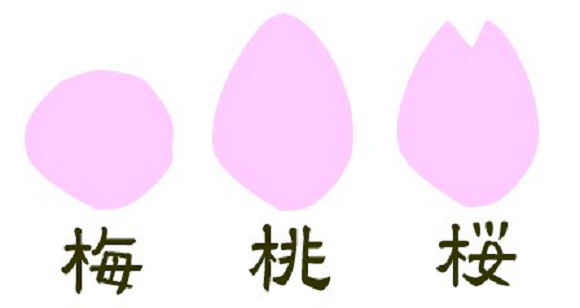 Another easy way to tell the three beautiful blossoms apart is how they’re attached to the branch of the tree.

Plum blossoms develop individually and have no stem, growing straight out from the branch instead. Peach blossoms have shorter stems with two flowers sprouting from the same branch. Cherry blossoms have the longest stems among them. With multiple-flower clusters that attach them to the branch from a single bud. 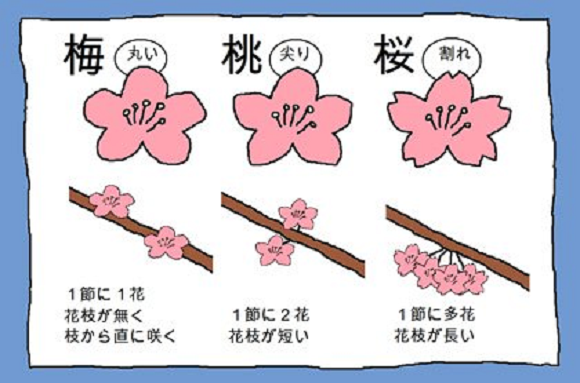 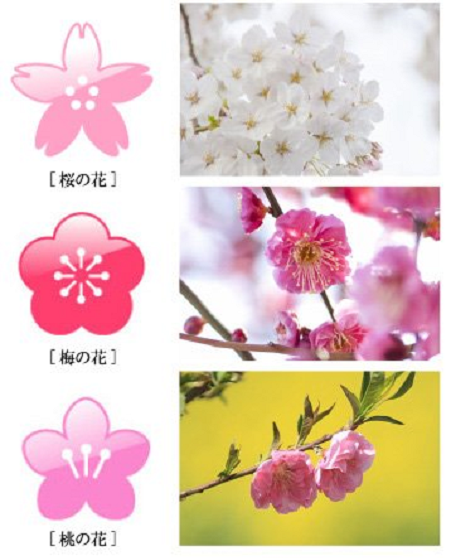 What does “Peach blossom” also mean?

Peach blossom known as “Flower of Romance,” also means “romantic encounter” in mandarin. People go “The Matchmaking God” (“Chinese Cupid”) who is in charge of marriage to pray for love and relationship. The Matchmaker is holding a marriage appointment book and red threads. Everyone’s ideal partner is written on the marriage appointment book. It is said that everyone has an invisible red thread on his wrist. The Matchmaker is the deity who helps you search for whomever is on the other end of the thread.

In 1971, an elderly lady wanted to thank the City God for granting her the wishes. She donated a statue of the Matchmaker to the temple, wishing the deity would help those people who want to get married soon. Many believers do end up getting married during their Peach Blossom time after praying to The Matchmaking God in Taipei Xia-Hai City God Temple. Others can also encounter deeper and more meaningful relationships as well. That’s why both the temple and the tradition are Integration into Taiwanese.